A stellar new project headed by Sandro Perri, one of the most singular producers in contemporary music; featuring some of the most inventive, spellbinding work in his catalogue.

Listen to sample or full mp3's 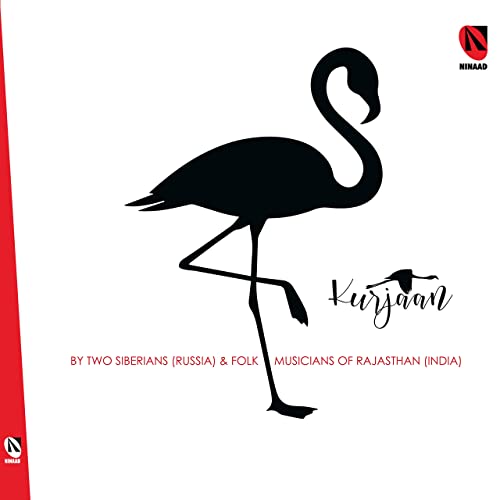 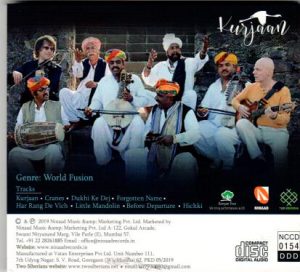 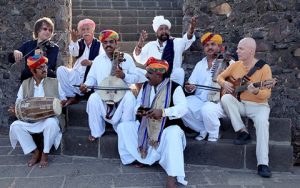 Two Siberians collaborate with folk musicians of Rajasthan deserts Kurjan-on the wings of hope, is a musical bridge across centuries, cultural reflections and of course, musical idioms. It is about transcending boundaries. A never before fusing of unique sounds of rare, ancient acoustic instruments and powerful voices from remote villages in the deserts of Rajasthan, India and the state-of-the-art Electric Violin and Electric guitar from Russia. It brings together not just musicians from two different countries but it is a flight of hope, universal brotherhood and peace. Two Siberians, the renowned duo from Russia for the very first time collaborate with the amazingly gifted Manganiyars, the desert folk musicians to weave a haunting tapestry through their musical synergy. The white crane, the famous Siberian flamenco is called Kurjan in Rajasthan where each year thousands and thousand of these arrive during winters. While for Siberian natives, especially the Yakuts & Yukaghirs, the white crane is a sacred bird associated with Sun, Spring and kind celestial spirit Ajyy; in Rajasthan it is an integral part of fables, folk stories and songs. What is most interesting is the beautiful way the two totally different styles have blended. The musicians first met for Banyan Tree’s Ruhaniyat; the hugely popular concert of Sufi & Mystic Music in Mumbai. And, during their specially curated collaboration by Mahesh Babu (Founder, Director of Banyan Tree Events India), the appreciation for music and the mutual respect was so powerful that it culminated in this unique concept. Two Siberians is a Russian music duo consisting of Artyom Yakushenko (Electric Violin) and Yuriy Matveyev (Electric Guitar). Matveyev and Yakushenko are, as their Western nom de plume suggests, actual residents of Siberia. As Two Siberians, the duo released fourteen studio albums in their native country between 1995 and 2017 , including the score for a ballet, and soundtracks for television and film. Manganiyars are musicians of rural Rajasthan, India. The instruments like Kamaycha (Darre Khan), Sarangi (Bhanvaru Khan), Khadtal (Devu Khan), Dholak (Firoz Khan) and the rustic charm of the powerful voices of hugely popular singers Kachra Khan and Sawan Khan bring the ancient intangible heritage of their land alive. Together, they create music that is unique, haunting and enriching. It takes the listener on a never before journey that sounds intriguing and soothing at the same time. This concept is a beautiful testimony of how music can create powerful bridges transcending all the differences of language, culture, colour, religion, and of course, musical traditions. Showreel: https://youtu.be/oyYHjl-hhDE